Holoshow 3D holograms are highly realistic representations of real objects or people created using normal video projections, which can be viewed by an audience without gadgets or glasses. The content may be created using either filmed subjects or, computer generated graphics or a mixture of both.

HoloShow is a convenient solution at a lower price, projecting a video image onto a highly transparent hologram gauze. It’s fast and easy to install, and can be moved and reused many times.

There are limitless ways in which holographic technology can be used. Think of the opportunities that open up if a presenter or star doesn’t have to be there physically present in order to appear. Famously Tupac, Michael Jackson, The Black Eyed Peas and Frank Sinatra have all performed as holograms, and whether it’s bringing back a dead pop star or fighting the Indian elections, holograms are an increasingly valuable way to communicate to an audience. Beyond the celebrities, any number of teachers, preachers, entertainers or speakers can present themselves realistically to your audience in a way that’s guaranteed to grab attention and get people to listen.

But it doesn’t stop there. Objects or artifacts can be displayed in an easily accessible but highly realistic manner. A simple rescaling means the very large or the very small can be staged for live audiences, whether it’s a new aircraft or the latest mobile device, and concepts such as data distribution networks can be demonstrated in graphical and understandable way. Training and visualisation for fields from military to medical can also benefit.

Holographic projection has proven to be much more engaging than other forms of visual communication and attracts viewers in a far more powerful way than conventional imaging technology. The use of holograms at exhibitions at least doubles the dwell and interaction time with the content (and by up to 10 times in some cases), compared with other standard forms of communication such as LCD screens and conventional video projections.

Holographic illusions challenge the human mind.  They are a magically visual experience. To experience the magic, or get more information or book a demo at our London studio, please get in touch. 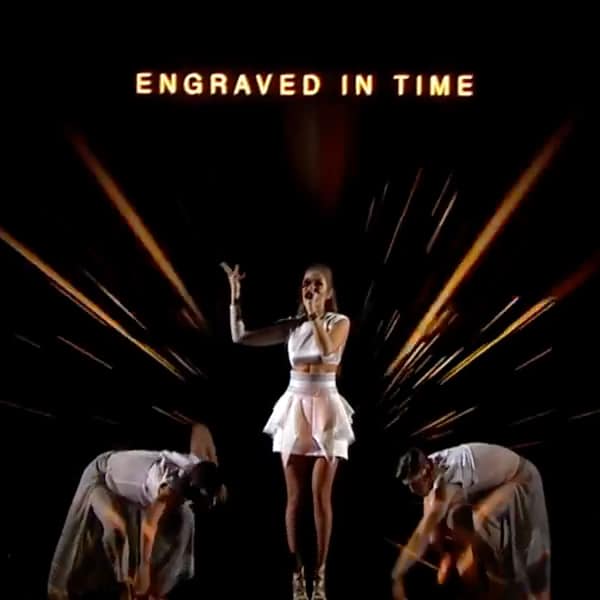 HoloShow 3D gives a simple and cost effective way to create video holograms on a front projection net. The real silver in the fabric gauze give an impressive brightness to the image. It’s fast, it’s easy and can be moved and be reused many times indoors and out.

Just hang HoloShow from a truss or a bar. To make this even easier we can fit eyelets and bungees, theatre ties or any other suitable hanging method for a flat and even result.

Lightly tension HoloShow to remove any wrinkles. We can add a pipe pocket if desired.

The real silver in HoloShow makes video projections extremely bright. When projecting on any gauze or net, some of the light passes through the holes creating a secondary image behind the screen. We can give advice on where to place your projectors so the secondary can’t be seen.

Unlike Pepper’s Ghost foil, HoloShow can be moved and reused many times. When the screen reaches the end of its useful life, we offer discounts on future purchases if you recycle it with us. Please ask for more details.

We want you to have the best experience of working with us, and will give you as little or as much support as you need. From friendly tips, to consultancy or turnkey delivery, we can help you with projection, content, lighting, staging – and any other aspect of your show, for both HoloShow and Pepper’s Ghost projects.

Whether you’re a first time user, or a video hologram professional, get in touch to be part of the magic!
apps

DO YOU HAVE A PROJECT YOU'D LIKE TO DISCUSS WITH US?